I can’t believe baby R will be three months old already (January 13). I never did get around to writing his two-month update – that gives you an idea about how busy we’ve been with the holidays and being new parents. The milestones he’s hit in the last few weeks have been insane. He went from a really cranky baby weeks 1 – 6 and then week 6 it was like a whole new world opened up to him as soon as his vision improved.

I knew having a baby would totally rock my world… and it has. Everyone was telling Dusty and I that once we “find our groove” it will get a lot better…and while in the moment we didn’t believe them…we now understand. We’ve found our groove. Somewhere in all of the crazy change…we’ve found a routine and a form of normalcy with Rowan that I don’t think we ever thought we’d find. There were moments during those first weeks when hearing the words “it gets better” felt like a complete and utter lie. But they weren’t a lie…there was so much truth to that short and annoying phrase – and indeed, it has gotten SO much better.

In the last month or so, R feels less like a foreign little stranger to our world and we couldn’t imagine life without him. He’s making piercing eye contact with us, smiling ear to ear, using his hands to explore the world, and attempting to put things in is mouth when he gets the chance.

There once was a time when I was able to sleep for 8 hours straight at night and loved every moment of it. That luxury rarely exists these days…and I sometimes only get 3 or 4 hours total (if I’m lucky). Drinking coffee while it is hot or eating any sort of food while it’s still warm is also a luxury we rarely enjoy. My showers are no longer a relaxing 15-20 minutes but are now a rushed 3-5 minutes. If my hair makes it out of a ponytail at least once or twice a week I consider that a success! Going out anywhere takes at least two hours of preparation and I’ve learned to run on what we call “R time”. Life is drastically different, and it is mostly the little leisurely things that we are no longer able to savor…but in all truth, I don’t necessarily miss them… having Rowan in their place is without a doubt, worth it. 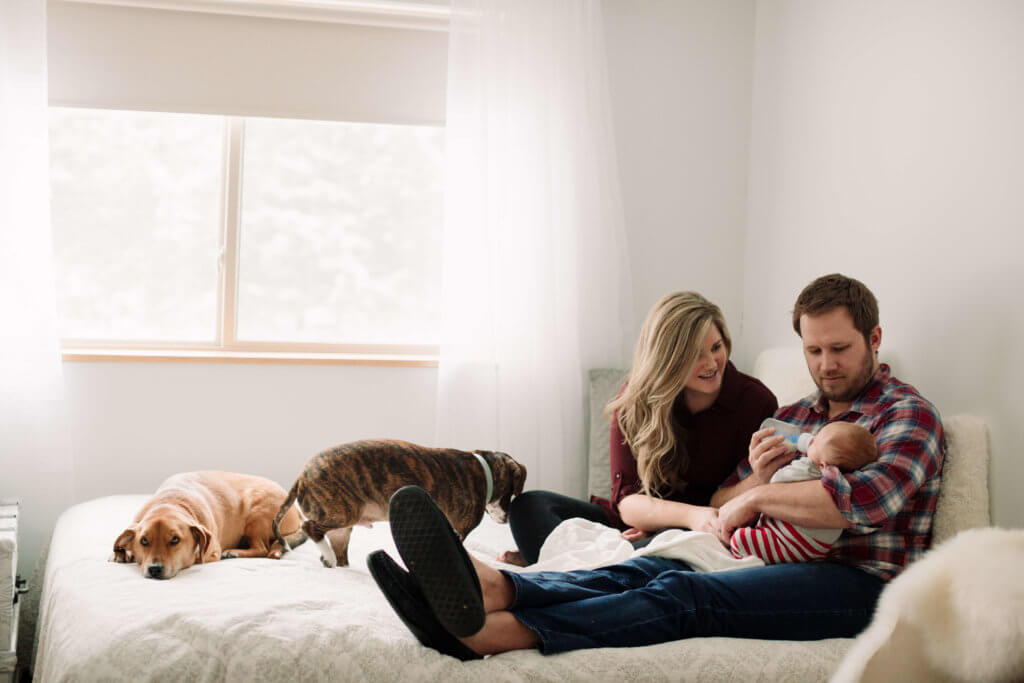